A high-level French osteopath in Barcelona

Fabrice Lefèvre is a professor in osteopathy, rehabilitation, physiotherapist, nutritionist, posturologist and ergonomist, and leads three important Institutes in Barcelona, France and Colombia as Director and Founder of the Fabrice Lefèvre International Institute

He has worked as an expert in disorders of the spine, posture and muscle-joints with professional athletes, musicians and varied public.

His interest in high tech and his search for effectiveness have given him a new vision to create a method of synergy between complementary medicines and cutting-edge technologies.

The services that Fabrice Lefèvre offers in its institutes gather important factors to achieve excellence: a vision and holistic understanding of the human body, a multidisciplinary academic training, more than twenty years of professional experience and the best cutting-edge technology in health and aesthetics. In the programs and treatments he has developed, he seeks first the action at the biomechanical level (with osteopathic manipulation), tissue (soft tissue treatment with LPG medical), and cellular (ionic balance, cellular with the radio frequency INDIBA). The union of these treatments, adding a physical, mental and nutritional coaching, and the advice of change in the interaction between the person and their environment (epigenetics), converge in a personalized, integral and proactive attention in the search of the sustainability of the health, performance and beauty.

Likewise, Fabrice Lefèvre is an expert consultant / trainer in various fields for companies that seek their services in order to solve the problem of back pain, musculoskeletal disorders and work stress (burnout). It also helps athletes, actors, musicians and managers who seek high performance and preserve health capital. Another aspect of his work is to act as a specialist in the development of spa and wellness centers of very high level.

It was his passion for martial arts and sports of strong sensations that led him naturally to the study of human movement. Since then, he has devoted more than 20 years to the in-depth study of osteopathy, rehabilitation and biomedical sciences, as well as sports and human movement sciences. This intense research has been accompanied by many years of clinical practice in his consultations and also on the ground, close to athletes, musicians and actors. He is also a consultant / trainer in companies, international wellness and spa centers. The set of experiences provided by this professional career allowed him to establish the ProBodyOne concept.

Already from his first formative stage, Fabrice Lefèvre oriented his treatments with manipulations osteo-articulares and the treatment of the muscular chains. This led him to carry out a study, in collaboration with Professor Pilardeau of the Faculty of Medicine of Paris, on the biomechanical changes of the quadruped position of our ancestors towards the current bipedal position, and the consequences in micro-trauma of sport ( Lucy).

Soon after he discovered a natural manual medicine of excellence: osteopathy. At the same time science, art, philosophy and therapy, osteopathic medicine puts into clinical practice what scientific research has so many difficulties to demonstrate in the fundamental plane: the relationships between structure, function and psychosomatics.

The high-level training he received at the Belgian College of Osteopathic Medicine in Brussels and at the European School of Osteopathy in Maidstone, England, met the three quality criteria he sought: scientific rigor, mastering all osteopathic manipulations and receiving training of English tradition, historical reference of the world osteopathic medicine. His deep knowledge, efficiency, security and variety of osteopathic manipulations he acquired near the best international osteopaths (English, American, Belgian and French). .

His osteopathic thesis was a prospective longitudinal clinical study on the osteopathic treatment of pudendal nerve compression. He did it in collaboration with international specialists in this disease such as Dr. Eric Bautrant, surgeon from Aix-en-Provence (France), and Dr. Marc Sorel, head of the pain clinic service. For this study he received the first prize for research in osteopathic medicine.

Osteopathy is both a science, an art, a philosophy and a therapeutic pathway

SPECIALIZATION IN SPORTS AND NUTRITION

Then, already exercising his activity as a health professional, he expanded his knowledge with several university degrees in French medical faculties (Toulouse, Paris and Besançon) specializing in sports and health, biomechanics of the locomotor apparatus and movement, sports nutrition, nutritherapy and nutraceutical These specializations allowed him to acquire great experience in the field of public health in both prevention and healing. It was also an opportunity to improve interprofessional communication and coordinate different members of the medical corps related to the movement during national and European sports events.

In order to broaden his knowledge of postural analysis, he studied research methods in the field of post-kinetic activities (posture, movement, locomotion, balance), their dysfunctions, instrumental tests that allow quantification, as well as methods of retrofitting susceptible to correct them. He obtained his university degree as a posturologist and his clinical research study was rewarded at the Posturology Research Laboratory of the University of Toulouse under the direction of Dr. Philippe Dupui (neurologist and professor at the university) and Richard Montoya (researcher- teacher and university professor). In this study, he demonstrated the impact of visceral functional disorders on human posture and the possibility of improving them with visceral osteopathic manipulations quantified by stabilometry.

Aware of the importance of research for the evaluation of good clinical practice, he undertook a degree in science at the Faculty of Sciences of Poitiers, where he showed interest in associating osteopathy with micronutrition in the treatment of degenerative disc disease. He continued with a master's degree in science specialized in micronutrition and clinical studies in public health. He investigated with a retrospective epidemiological study the consequences of a food overexposure in phosphate additives in 276 children suffering from hyperactivity disorders and attention deficit. They were able to confirm certain hypotheses to help the clinical diagnosis, improve the psycho-behavioral, social and nutritional follow-up. In addition, the "design" of a micronutrient formulation was created to help treat the functional disorders inherent to ADHD.

RESEARCH IN PHYSIOLOGY OF EXERCISE AND BIOMECHANICS

He then started a second master's degree in human movement sciences, sports science, specializing in exercise physiology at the Research Center of Excellence of the Universities of Nice, Montpellier and Marseille. He worked for a year with Dr. Colson (university professor), responsible for the Master of Reatletization of the University of Nice and French specialist on the neurophysiological mechanisms involved in fatigue, and more specifically in the theory of the "cross-over effect" of neuro-muscular fatigue.

RESEARCH IN PHYSIOLOGY OF EXERCISE AND BIOMECHANICS

After many years of research he has developed a methodology of intervention in the field, close to workers in different work environments, to prevent injuries and optimize performance. Its hypothesis and model of analysis is to consider that the optimization of the human being, both at the mechanical, metabolic, physical and mental levels, together with an optimized interaction with its environment, distances the individual from the area of injury and illness. The benefits are enormous, both at the level of the workers, as it confers physical and mental well-being, as well as on the companies, in terms of expenses due to professional loss, hiring and additional training of new personnel ... 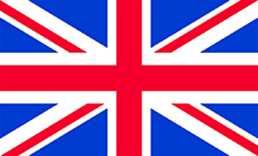 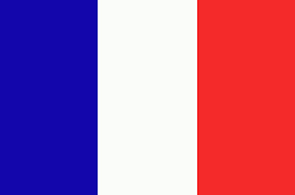 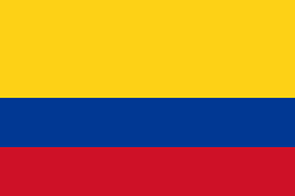